The First Thanksgiving Day History is free below to download and print...

The first Thanksgiving day in those British colonies that became the United States of America, was held, on December 4, 1619, at Harrison’s Landing, at the Berkeley Plantation, in the Virginia colony, two years before Puritans arrived in Massachusetts.

It was a religious observance in which God was thanked for protecting the settlers and ensuring their safe arrival in Virginia.The Berkeley Hundred consisted of 8,000 acres of meadowland and virgin forests, with three miles of river frontage. It lay fewer than 50 miles from Jamestown, Virginia, and 83 miles, by road, from Fredericksburg, Virginia. It was called a “Hundred” because 10 families, or 100 people, were expected to live there and earn livings from it.

When the settlers, aboard the sailing vessel Margaret, reached their destination, west of Jamestown, 38 men were put ashore. Then, at the order of Capt. John Woodlief, the Margaret’s master, the men gathered and thanked God for their safe arrival, after a long and dangerous sea voyage, from England. It was further ordered that the day be observed every year, “as a day of thanksgiving to Almighty God”.

That first thanksgiving day, and its observance yearly thereafter, was a requirement stated in the charter given the settlers when the left England for Virginia. The charter stated,

“We ordained that the day of our ships arrival at the place assigned for plantacon in the land of Virginia, shall be yearly perpetually kept holy as a day of thanksgiving to Almighty God.”

The Virginia settlers differed psychologically from the Puritans that settled Massachusetts. They came for economic opportunity. They were members of the Church of England and, compared with other European religious groups, in the early 1600s, very tolerant. For example, they did not physically harm people that held different religious beliefs than theirs. The Pilgrims were Puritans, the religious group that colonized Massachusetts. They created a religious state there, for their own religion only, and persecuted, injured, and killed people with whose religious beliefs they disagreed.

From what we know about the Puritans, the three-day-long feast they held in 1621 was not a religious harvest celebration. It was held to thank local Indians that had helped the Pilgrims to survive a hard first year in the colony. A thanksgiving day, in a Puritan community, would not have included three days of eating and drinking, including wine. It would have been a very solemn religious event that focused on prayer. By comparison, the thanksgiving observance, in Virginia, was strictly religious.

Ended by a Massacre

Virginia’s Thanksgiving Day observances ceased, after Indians massacred most settlers there, in 1622. That first Thanksgiving Day, in 1619, was completely forgotten, until the mid 20th century, when long-forgotten documentation of the event was found. It was replaced by a mythical story about the three-day-long party held by Puritans and Indians, in Massachusetts, in 1621.

Long before 1619, a day of religious thanksgiving for a good harvest, was observed in the English-speaking world, and continues to be observed, other than in the U.S.

The creation of the Pilgrims’ Thanksgiving myth was part of an attempt, in the 1890s and early 1900s, to create a common, nationwide holiday, in the aftermath of Lincoln’s War (1861-1865) and the Military Occupation and plundering of the former Confederate states, which followed (referred to in U.S. history books as “Reconstruction”).

In the 1890s and early 1900s, Southerners remembered vividly the way the U.S. military had been used by Lincoln to deliberately destroy southern civil society, so as to deny its resources to Confederate armies the U.S. could not defeat in battle. Total war against civilians and enemy military forces had been rejected in Western Europe since the Thirty Years War (1616-1648), and West Pointers were taught, in the years before Lincoln’s War, that it was not allowed. As a result, Southern dislike, and even hatred, of U.S. government remained very high.

In 1789, President George Washington, a Virginian, as recommended by the U.S. Congress, designated November 25, as a day of thanksgiving and called on all Americans to unite in rendering unto almighty God their sincere and humble thanks for His kind care, protection and, many benefits. It was on a later declaration of this holiday, which is now a civil holiday, that the myth of the Pilgrims' Thanksgiving was superimposed.

Definitions: Settlers leave an existing society with the collective purpose of recreating their society in a new and often distant place. The place they settle is a colony and settlers and their descendants are colonists, for as long as their society remains connected to the parent country. The people that settled Britain’s American colonies moved from Britain and northwestern Europe to Britain’s American territory, in the 1600s and 1700s, and recreated their society here. Immigrants, in contrast, move from one society to another. They do not create a new society.

If you need to modify this form, try the site: Free PDF Services. You can convert this Adobe file into a Word document free of charge and make the necessary changes.
Note: You will need Adobe Reader (the latest version is recommended) installed on your computer in order to save or open these forms.

You can get Adobe Reader free here (a new window will open so you can download it without leaving this page).

If you want to open the file in your browser window, just click on one of the links above. However, if you want to download the file to view later, then right-click on the link and choose "Save Target As" or "Save File As". Then select where you want to save the file on your hard drive.
If you would like to receive access to the FreeChurchForms.com Table of Contents that has all the free church forms, certificates, flyers, brochures, letters, games and more that are listed in alphabetical order by category with links leading to the page to immediately download just simply sign up for my free monthly newsletter below. You will also receive access to my free 14 Page eBook - "Top Ten Tips on How to Organize Your Office" as a Thank You Gift for signing up. Enjoy! :)

Note: These sample forms are meant to serve as example forms and should not be construed as legal documents.  Please contact a legal professional for legal language for your specific organization.

Free eBook - "Top 10 Tips on How to Organize Your Office"

Please feel free to contact me if you have any questions.

Collection of all the Church Forms, Flyers, Certificates...(1,000+) on FreeChurchForms.com available on CD or Instant Download - each form available in Microsoft Office Word editable format. Plus 5 Free Bonuses!

The Church Forms CD is Convenient and Saves Time

Need an Affordable, User Friendly Church Membership Database? Shepherdbase Could Be Just What You Have Been Looking For...Available on CD or Instant Download.

Need an Affordable, User Friendly Event/Sermon Tracking Database? Pastoral Recordbase Could Be Just What You Have Been Looking For. Available on CD or Instant Download.

Very easy to download, modify and print on your blank envelopes. 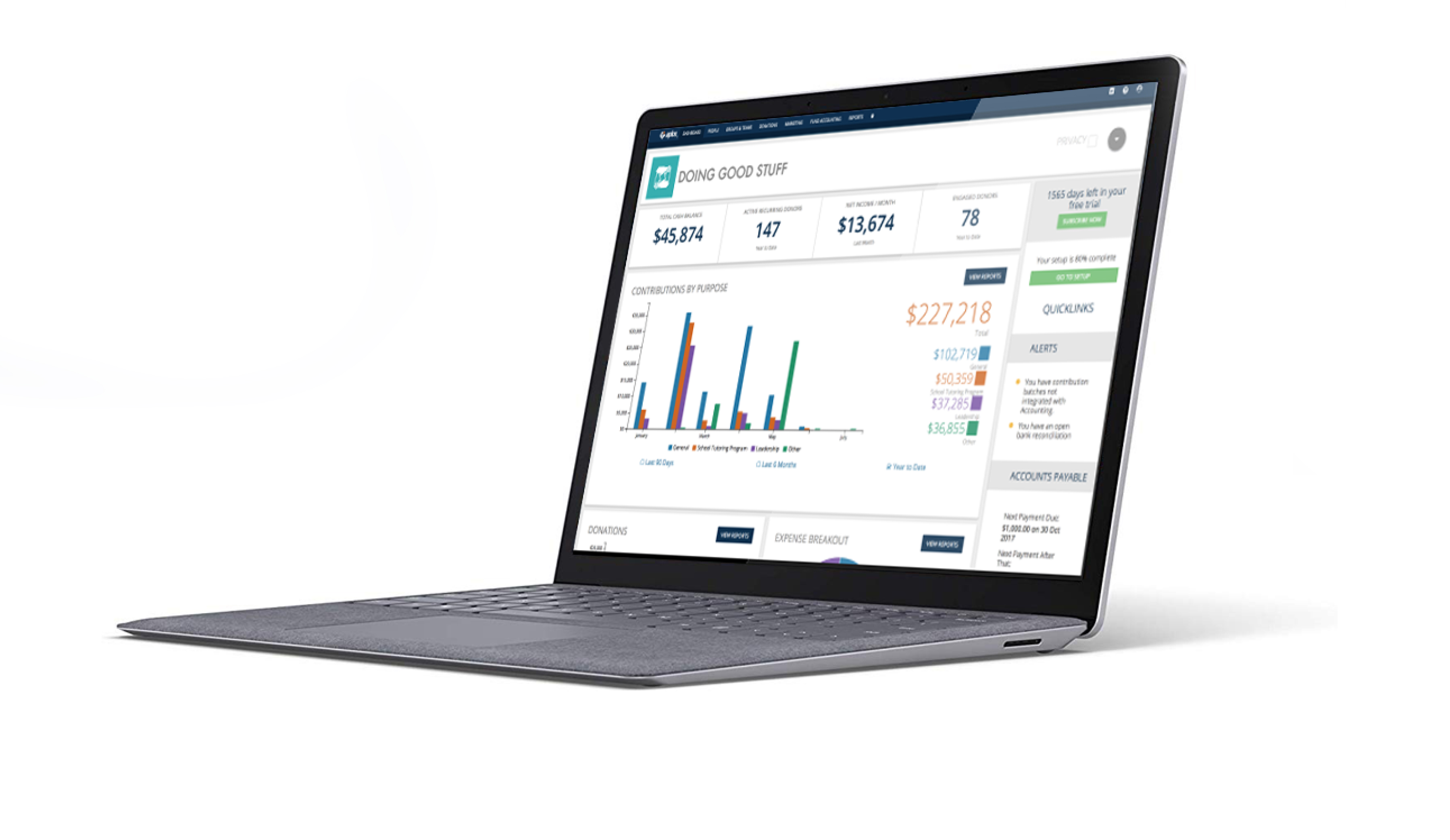 Are you tired of trying to manage your church from several different systems and spreadsheets?

Cloud-based software to handle your accounting, people, and giving from one platform.

Are you stressed about your church accounting? If yes, then you need this accounting book!

*I wanted to take a minute (during my email time slot) to thank you for all this work you do and share with the small church community. You and your staff (if you have some) are very much a blessing. Thank you, Elizabeth - PA - U.S.
*Disclaimer *Terressa! I received the discs today!! A few years back I was at a small church that used your software and it was perfect for their volunteers to use. The church I am at now has 2 volunteer secretaries and one found your product and I gushed!!! Her first request is a directory so this will be perfect. God Bless you for creating such a great system (Shepherdbase). Regards - Tonya - OK - U.S.
*Disclaimer *This is the 1st time I've visited your website and I just wanted to say "thank you". I go to a very small Christian Church and thanks to you, the forms you have for a children's ministry will keep me from having to "reinvent the wheel" and I am very grateful to you. We are a very small church (about 40 regular attendees) and 90% of those are over 65. We just had a young couple offer to help us get a Youth Group. Thanks to you, we won't have to do to much to get this off and running for the holiday season. Thanks again! - Kentucky - U.S.
*Disclaimer *I do the tithes at the end of the year for a very small outreach in the city of Detroit. They had been paying thousands of dollars every several years trying to keep a database of their donors.

I searched last year for something less costly for them and came across your database (Shepherdbase). It is a blessing and so appreciated. Thank you for all your hard work and thank you for Giving To The Lord. Peacemakers Int. in Detroit on Chene street is another ministry you have blessed. - Charlene - U.S. *Disclaimer

*This website has been very useful for my ministries with Hospice, the Hospital and Human Services. I recommend this website to any church, ministry or agency that is supporting or ministering to people. God Bless You - Chaplain Dave - U.S. *Disclaimer

*Just wanted to let you know how helpful your resources are. We are a small church and have missed out on doing a lot of things. We ordered your Church Forms on CD and are just pleased. Keep up the good work of providing resources for Churches. - Lillian - U.S. *Disclaimer

*I am a minister of the Gospel of our Lord and Savior Jesus Christ and have been tremendously blessed to access you and pray that God the Almighty favor you in what you do. You have enabled me to access ready-designed church documents. Thanks and God Bless You Terressa. - Bro. Mike - Kenya, Africa *Disclaimer

*Thank You! You're heart for giving free resources and making things so affordable is truly a blessing. My Pastor always says: "What you make happen for someone else, God will make happen for you!" May God richly bless you and your ministry to us and so many others, enlarge your territory and bring financial blessings with good measure, pressed down, shaken together and running over!!! 10,000 Blessings! Leeanna - U.S. *Disclaimer

*Thanks for making this site available. I took over as secretary of our small church a few months ago, and I am having to create a lot of forms. This site is a blessing! - Vicki - U.S. *Disclaimer

*After years of frustration and being overcharged for Church Management software, I came across "Shepherbase" and all my problems were solved. *Disclaimer

This database:
I am very thankful for this product and I recommend it to anybody wanting to exit the cost and complexity rat race of Church databases.
Thank you Shepherdbase!
Brandt *Disclaimer
Anchorage, Alaska

Does your church use QuickBooks? If yes, then the "QuickBooks for Churches and Other Religious Organizations" by Lisa London, CPA eBook below is a must for you!

Lisa will walk you through QuickBooks from start to finish, complete with examples, terminology, and everything a busy church administrator or bookkeeper needs to know. For more information just click the link above!

Check out FreeChurchForms.com on Your Mobile!

Powered by
Solo Build It